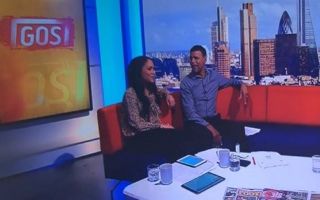 At this point we’ve probably all seen the awful VAR decision yesterday to cancel Roberto Firmino’s goal against Villa. There’s been no shortage of criticism from the media, but this one actually accuses the refs of cheating.

The biggest issue with VAR this season has been the way some decisions are looked at. We were promised it would only be there for clear and obvious decisions, so why are we getting ref’s taking minutes to draw lines on the screen and still being none the wiser?

This clip from Sky Sports’ “Goals on Sunday” is pretty damning for the refs. Kamara says it’s clearly been made up because someone decided they didn’t want it to be a goal:

Goals on Sunday discussing Bobbys goal yesterday. This is shocking! from LiverpoolFC

It’s got to the point where something needs to be done about VAR and the refereeing in the Premier League. It’s unlikely to happen, it will mean the refs and authorities would have to take some responsibility and admit they don’t know what they’re doing.