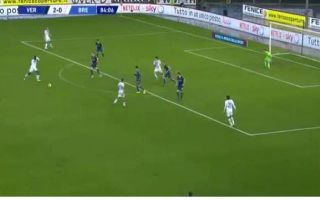 Unfortunately this wasn’t enough to affect the overall outcome of the game, but it’s still brilliant to see Balotelli score a stunning goal after suffering racist abuse from the Verona fans earlier in the game.

It’s pretty clear the footballing authorities don’t want to take a stand and dish out any serious punishments over racist behaviour, so the best way to hit back for now is to show you won’t be affected and continue to show your brilliance on the pitch.

It’s such a great strike, it’s a sidefoot from distance but it’s so powerful an accurate:

Brescia did lose the game 2-1, but Balotelli’s push for an Italy recall is only helped by producing moments like this.