It’s been another poor weekend for VAR and the officials in the Premier League. Most of the attention will rightfully go to the astonishing decision to disallow the Roberto Firmino goal, but there were some issues during the Chelsea vs Watford game too.

Watford were afforded a penalty that did look a bit questionable, obviously you would always expect the opposition manager to stick up for his own team but it did look harsh.

The BBC reported on some of the comments from Frank Lampard after the game and it’s clear he’s not happy with the way the system currently works. Here are some of the more interesting comments:

“We’re not in a great place with it. Any [decision] that takes that long means they aren’t sure, so why aren’t we using screens on side of pitch.”

“I know [using screens] is a bit contentious, I know it could mean every fan might call for it and there might pressure on the referees.”

“But if we are saying they are grey areas and we are overturning decisions because one referee somewhere else thinks it was more of a penalty than the referee on the pitch, then I think we are in a really dangerous place.”

“You’re going to be tossing a coin every week.”

There is so much criticism aimed at VAR every week but it’s tough to see the league being willing to change anything during the season. It’s likely a lot of money has been spent on implementing it so people in important positions won’t want to explain why they’ve made a mess of this. 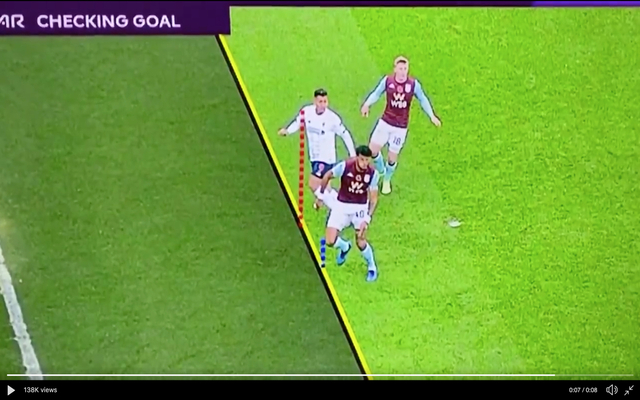 Firmino was ruled offside after a lot of line drawing

It’s not just the actual decisions that are having an adverse effect on the game. We’ve seen players becoming scared to celebrate and fans completely left in the dark after some decisions have been made.

It’s a shame that it will probably take a shocking decision which changes the outcome of a big game for anything to change.