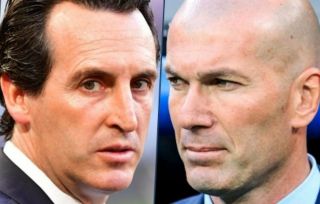 Real Madrid manager Zinedine Zidane has reportedly instructed the club to keep a close eye on Arsenal youngster William Saliba as a transfer target for the future.

The 18-year-old only joined the Gunners this summer and is yet to play for Unai Emery’s side after being loaned back to Saint-Etienne for the duration of the 2019/20 season.

One imagines the Frenchman is being eyed up as a long-term target rather than an immediate potential signing for Los Blancos, who will surely be keen to see how he gets on in the Premier League first.

This could perhaps be positive for Arsenal fans, however, who clearly seem to have done well to land this huge prospect ahead of other big clubs.

Saliba looks like becoming one of the finest centre-backs in Europe in the near future and should serve AFC well once he does link up with the north Londoners.

And even if Arsenal end up losing Saliba as they have many of their other best players in the past, they should make a considerable profit on a talent they snapped up at an early stage in his career.