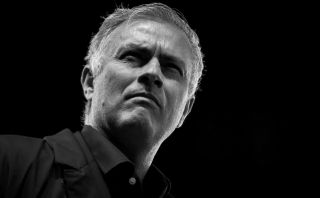 A quick glance around Twitter over the last few days will show very clearly that Arsenal fans are not at all keen on the idea of hiring Jose Mourinho as manager.

The Portuguese tactician has rubbed Gooners up the wrong way pretty much since the day he arrived in English football over 15 years ago, with two spells at Chelsea and one at Manchester United ensuring he’s had plenty of success at Arsenal’s expense – and seemingly relished every minute of it.

Whatever their feelings about the struggling Unai Emery, it seems Arsenal fans aren’t desperate enough to see him replaced by a man whose whole footballing philosophy is seen as very much at odds with what club legend Arsene Wenger tried to build.

On top of that, there’s also his character and personality, which has seen him make plenty of enemies down the years, but perhaps none more than Wenger himself, with whom he has been involved in a long list of personal spats.

You can call it mind games, winning mentality and LOLbanter

I call it antagonism, being a sore loser and cheating

Don't want that at my club

Would prefer literally anyone to Jose Mourinho as Arsenal manager. Dated approach, toxic man-management and took constant pops at Mr Wenger. No thanks.

I think Emery is really bad. But I’d suffer a lifetime of Emery to avoid a week of Mourinho. Not only is he totally cooked as a manager; he’s just an awful, awful man.

Patrick McLaughlin of JustArsenal.com is another who clearly wouldn’t support the move, though he admits he can see the club’s board going for it.

“Personally, I don’t want him but I can see the board trying desperate measures to save our season,” Patrick told CaughtOffside. “So maybe a caretaker role for this season to see if he can organise us back into the top four, and a permanent job if he does.”

The Times claim Mourinho has met Arsenal chief Raul Sanllehi to discuss the Gunners job over dinner, but given the angry reaction from AFC supporters, it’s little surprise to see the club have quickly come out to deny it, as reported by the Guardian and others.

It’s widely accepted that the Special One has left a sour taste at the jobs he’s recently left behind, but a chat with high-profile Manchester United and Chelsea fans and bloggers paints a slightly more complicated picture of their relationship.

Will Faulks of talkChelsea told CaughtOffside: “It would be almost impossible for him to undo his goodwill with Chelsea fans after what he achieved here. We’ve already seen some rocky moments in our relations with him when he was at United, but the longer he’s out of the league the faster the affection returns. Fans are much more likely to object to him on a footballing level than on a personal one at Chelsea, especially given how well things are going right now, with none of the bad atmosphere that Mourinho inevitably brings.”

Perhaps unsurprisingly, there are less warm feelings towards Jose from Manchester United blogger Dale O’Donnell, though the Stretty News editor still feels he has it in him to prove people wrong with a stint at Arsenal.

“He needs the right working environment, a board willing to buy into his ways, and Mourinho could then maybe make me eat my words. Arsenal aren’t at the highest level right now but they’re still a big club,” Dale told CaughtOffside.

Will echoed the view that United may have been a particularly bad environment for Mourinho to thrive in, though are Arsenal really in such a different situation right now?

“Man United is quite a unique case at the moment, and I don’t think you can use his time there to judge whether he’s a spent force or not,” Will says. “It was pretty dire at times with him there, but the managers before and since are struggling even more, and there are clearly major structural issues at the club.

“On the other hand it has now been a while since he really impressed people with his management ability, so he does need a successful job now to restore faith in his skills. I think he would be crazy to go to Arsenal, where expectations are so much higher than the reality of their situation at the moment.

“Mourinho knows he needs to pick a winner now, that’s why he’s holding off on jumping back in to management. I would be very surprised if he saw Arsenal as that kind of opportunity.”

Both faded forces, both badly run – but the similarities between Arsenal and Man Utd don’t end with their current problems.

Mourinho instantly seemed a surprise pick for the Red Devils due to his famed negative and cautious football, as well as his reluctance to promote youth – two core components of Arsenal’s philosophy and traditions as well.

Without as much money to work with at Arsenal, the 56-year-old would need to show he can work with what he has at the Emirates Stadium, Patrick warns.

“I don’t think he would even have a budget and would be told to use what he has,” Patrick says. “Surely that is a true test of a manager. I’m sure he will look at every member of the squad whatever their ages.”

United fans know from experience now that that simply isn’t his way, and Dale is certainly less open to another Mourinho spell at United than Will is to welcoming him back to Chelsea for a third time.

“No way,” he says. “The club is trying to move on now and need to recruit better. I’d rather more attacking football than what Mourinho’s United showed.

“He didn’t improve any players at United and complained when his signings didn’t work out.”