Cristiano Ronaldo showed his class on Monday as he sent a message of support to compatriot Andre Gomes after the Everton ace’s horror injury blow.

There was positive news on Monday as BBC Sport reported that the Portuguese international is expected to make a full recovery after undergoing surgery on his ankle.

Following upsetting scenes and visible shock on the players faces at Goodison Park in the clash between Everton and Tottenham on Sunday, there was serious concern over Gomes and how bad the injury was.

Fortunately it has been confirmed by the Toffees that surgery went well, and so it’s hoped that the 26-year-old can now make a full and swift recovery with no setbacks along the way to get back out on the pitch next year at some stage.

Naturally, given their friendship having represented Portugal together, Ronaldo sent a message on Instagram to his compatriot wishing him well, with a caption that read: “Fast improvements @ aftgomes21 will come back even stronger – big hug”.

Ronaldo, like all of us, will be hoping for further positive updates in the months ahead on Gomes, but it sounds as though the initial recovery stage has gone well and now the rehabilitation will soon follow to ensure that he can come back from his injury and get back out on the pitch. 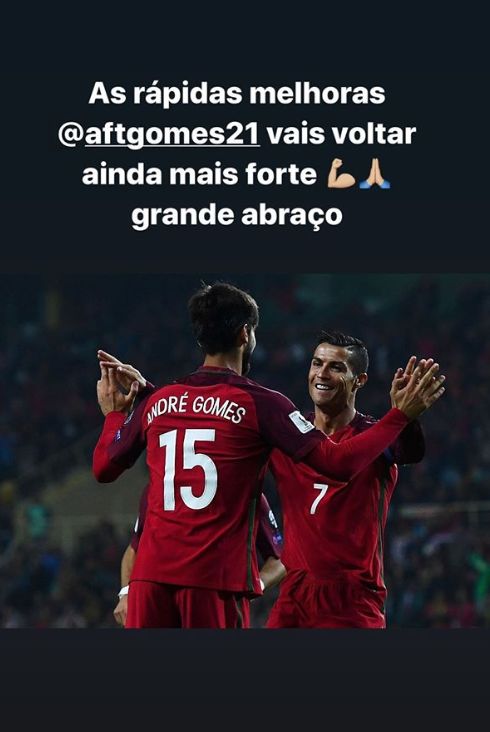