Chelsea reportedly scouted Dijon pair Mounir Chouiar and Bryan Soumare last week and have been paired with a move for them next year.

Given Frank Lampard arrived this summer and saw talisman Eden Hazard leave and faced their transfer ban which prevented him from bringing in his own reinforcements, the Blues have arguably done brilliantly so far this season.

They sit in fourth place in the Premier League after 11 games having collected 23 points, which also leaves them eight points adrift of leaders Liverpool, albeit that’s perhaps an unrealistic target at this stage of their development under Lampard.

Further, they are top of Group H in the Champions League, and so having shown faith in youngsters such as Fikayo Tomori, Mason Mount and Tammy Abraham, Lampard has got results and has overcome a shaky start to the campaign.

With that focus on youth in mind, it appears as though Chelsea could add more quality, young talent to their squad next year if their transfer ban can be lifted in January, with The Sun noting that they sent scouts to watch Chouiar and Soumare as the pair shone against Paris Saint-Germain last week.

Chouiar, 20, has bagged three goals and one assist in 12 games so far this season across stints with Lens and Dijon, while Soumare is gradually making his mark with nine appearances already this year.

It’s suggested in the report that the pair could arrive for relatively small fees, and so it remains to be seen if Chelsea are convinced by their talents to warrant a move to England, and further, whether it’s merely to do with making a possible profit or if they believe they could play key roles in the years to come.

Based on what Lampard has done with the Chelsea youngsters at his disposal so far this season, it seems as though the 41-year-old would relish the chance to work with the likes of Chouiar and Soumare if deals are done with Dijon for the pair to develop their talent and have two more key options to work with. 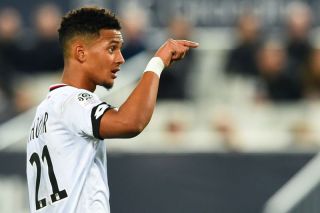 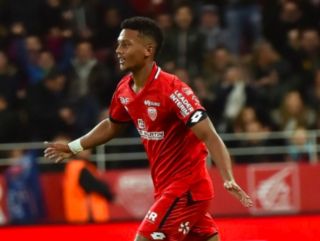 Arsenal rumours intensify as talented winger is left out of his game this weekend September 12, 2020 18:47
Arsenal FC