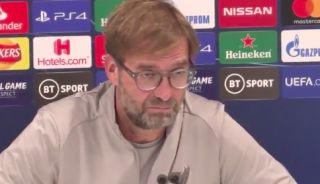 Liverpool manager Jurgen Klopp has hit back at Manchester City boss Pep Guardiola over his claim that Sadio Mane is a diver.

Watch the video below as the Reds boss gives an angry response to the suggestion that Mane sometimes tries to con the referee into awarding him fouls.

'Sadio is not a diver!' pic.twitter.com/DUpr5uqFvF

Mane scored Liverpool’s winner against Aston Villa at the weekend and has generally been in superb form this season, but the Senegal international’s latest strike prompted a strange reaction from Guardiola.