Poor old Alvaro Morata had an unfortunate incident involving bird poo this week, and he had zero sympathy from his better half Alice Campello by the looks of it.

The 24-year-old Italian beauty took to Instagram on Monday to capture her hubby see one of his hoodies get destroyed by an unwanted drop from above.

SEE MORE: The childish insult that saw Alvaro Morata lose his temper and get sent off ahead of derby vs Real Madrid

Rather than perhaps assisting him with his embarrassing situation, she decided to take some snaps of it instead and share it on her Instagram stories as seen in the images below.

You have to feel for the Spanish international here as most of us have been in this situation and you’re looking for some help if you’re lucky enough for it to happen when someone you know is with you.

Unfortunately for Alvaro, he would probably have been better off having it happen to him without Campello with him, as her 2.1m followers would never have been any wiser. 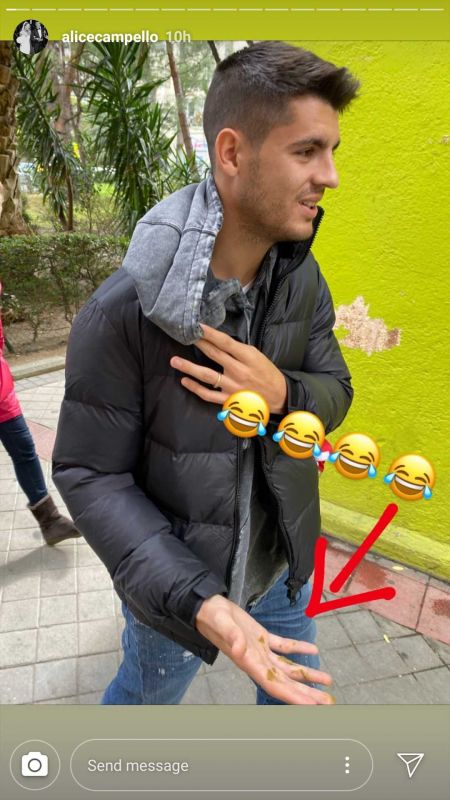 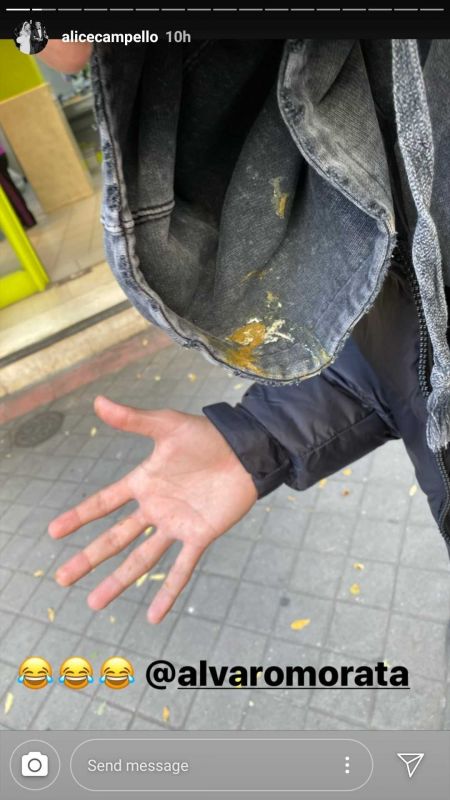 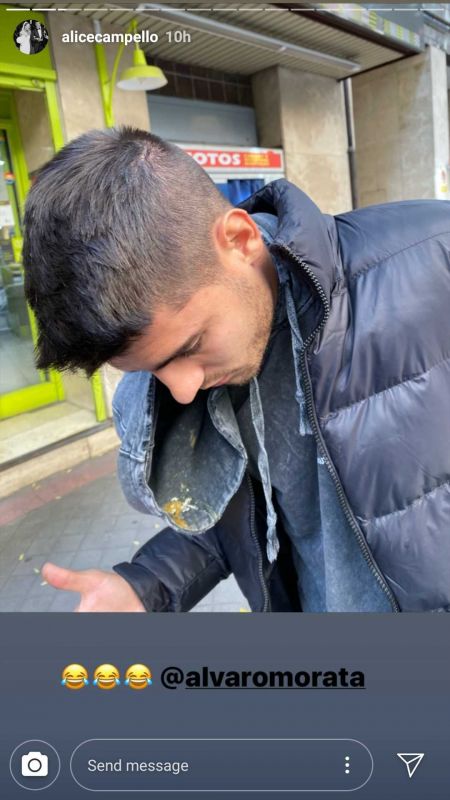