Bottom side Stoke City welcome top three side West Bromwich Albion to the Britannia Stadium tonight, with the Potters still reeling from the dismissal of Nathan Jones. Can they find a win to restore confidence? Kick off time is 20:00. 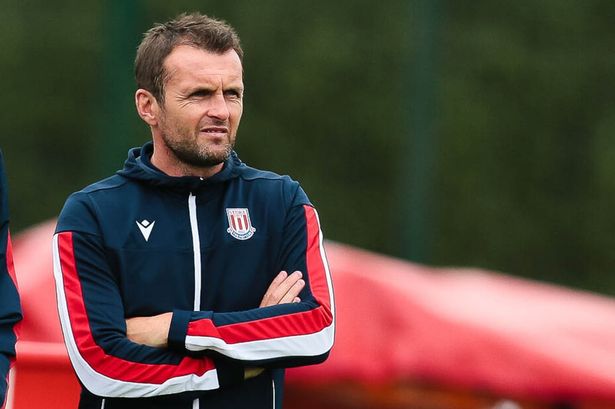 Where is Stoke City v West Brom being played?

What is your match prediction?

Two weeks ago Nathan Jones was celebrating back to back wins for the first time this season and things looked to be on the up. But after two defeats on the road, and with Stoke rock bottom, the Potters parted company with the former Luton manager after less than a year in the job. And to be fair you can’t blame them.

The 46 year old won only six games from a total of 38 in charge at the bet365 Stadium, a woeful record to say the least, leaving the Potters six points from safety.

Club legend Rory Delap will take charge of the side temporarily and his first task will be to stop West Brom from returning to top spot.

Wins for Swansea, Leeds and Preston have seen the Baggies drop down to fourth in the table, with just three points separating the top six heading into Monday’s game.

Under Slaven Billic West Brom have been incredibly tough to beat, losing just one of their 14 league games and that was against promotion rivals Leeds.

Since then they’re unbeaten in four, with two wins and two draws.

Stoke have conceded at least two goals in eight of their last ten home leagues games and it’s 5/1 for the Baggies to score over 2.5 goals on Monday.

An 80th minute penalty from Lee Gregory secured Stoke’s first home win of the season last time out at the Bet365 Stadium and he’s 7/1 to open the scoring on Monday.

Matt Phillips is West Brom’s current top scorer with five goals from the wing and he’s 14/5 to increase his tally.

Stoke will have to be at their very best if they’re to get anything from this game.