Chelsea midfielder Mason Mount insists he is fully focused on his duties at Stamford Bridge – dismissing a claim he could move to Spain in the near future.

Mount has been instrumental in helping the Blues rise to fourth in the Premier League table this season, scoring four goals in 11 appearances while also featuring in three Champions League fixtures.

The 20-year-old is now a full England international and if continues on his current trajectory, he could soon emerge as one of the finest young players in Europe.

Heerenveen winger Mitchell van Bergen recently predicted that he could see Mount “ending up at Barcelona or Real Madrid” having witnessed his talent up close at Vitesse Arnhem in the 2017-18 season – as per Goal.

Mount played for Dutch club on loan before joining Derby on a temporary contract the following season, which is where he linked up with Frank Lampard for the first time and began his rise to prominence.

The Chelsea star has now revealed his future stance after being tipped for a transfer to Real Madrid by an ex-teammate, insisting he never looks beyond the next game on his schedule.

“I saw what Mitchell said,” Mount began – as per Goal.

“I’m obviously very close to him – we had a very close bond. He’s a brilliant player. 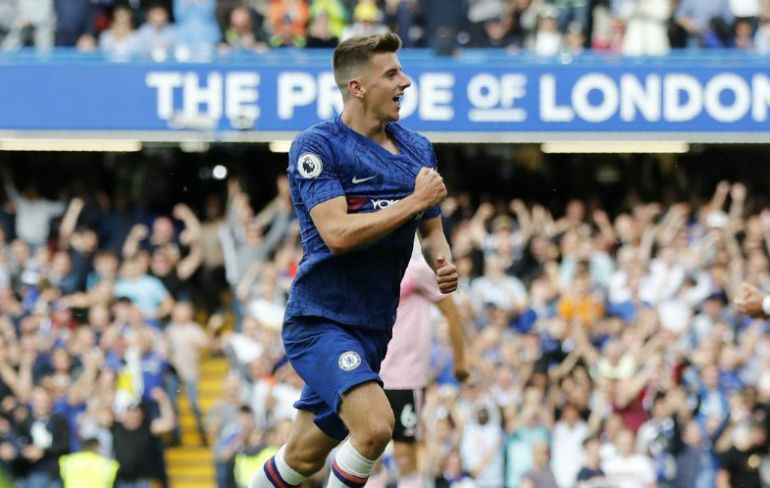 “But my focus is on Chelsea and this is my first year, so I don’t look too far ahead.

“My focus is on the next game, that’s kind of how far I look ahead.”

It seems highly unlikely that Mount will leave Stamford Bridge any time soon, especially given the fact he signed a new five-year contract with the Blues over the summer.

The English playmaker is already a regular in Lampard’s starting XI and Chelsea are quickly developing into a formidable outfit with potential to compete for the biggest prizes on offer across all competitions.

It is difficult to see Mount being given the same opportunities to shine at either Madrid or Barca, which is why it makes perfect sense for him to continue his development at Chelsea and see out his existing deal through to 2024.