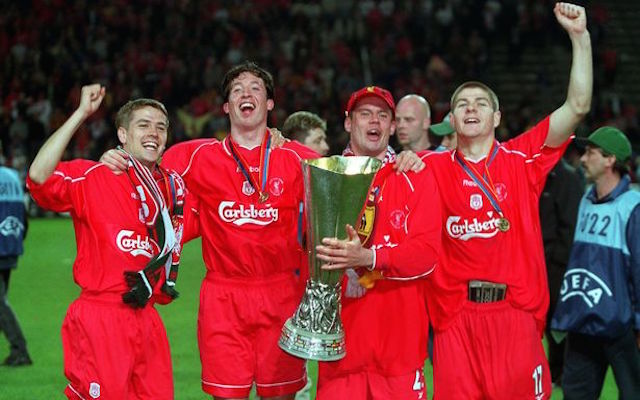 The League Cup has always been seen as an inferior competition no matter what country you play in. Usually the big sides only start to care if they reach the final, while smaller Premier League sides try to exit as early and quietly as possible.

The only thing that could make an even bigger mockery of the competition would be asking a team to play a tie when they are away representing the entire continent in a Worldwide competition.

Despite how much money Fifa throw at the Club World Cup, it’s traditionally treated with lesser importance than the Champions League by European sides. Liverpool will be playing in it this year, and Sky Sports have confirmed they will have to play their Carabao Cup tie within 24 hours of the semi-final in Qatar.

This means that Liverpool will need to completely split their resources and play a reserve team in the quarters against Aston Villa. The main coaching staff will be away in Qatar, so it looks like they’ve turned to a familiar face to help out:

Yes! I’ve been asked to assist Alex Inglethorpe with the team!! https://t.co/tYlKvCDrrr

Carragher doesn’t have any notable coaching experience and has spent most of his retirement working as a TV pundit. It’s not completely clear what his role will be with the squad, but perhaps he might decide to follow in Gary Neville’s footsteps and become a manager after all.

UPDATE: It was later reported by the Daily Mail that Carragher would not in fact be involved with the LFC squad for the Villa game.