Man Utd and Liverpool could reportedly be set for a transfer scrap as they’ve both set their sights on Valencia ace Maxi Gomez.

The 23-year-old has been in good form so far this season with five goals in 14 appearances for the Spanish giants which follows on from his tallies of 31 goals and 10 assists in 75 outings for Celta Vigo prior to his summer switch.

As he continues to make a positive impression in La Liga, it has now been reported by Calciomercato that both Man Utd and Liverpool have been alerted to his talent.

However, they certainly face a difficult battle to prise him away from Valencia, as the report adds that his current contract runs until 2024, and that his release clause stands at a whopping €140m.

It’s surely highly unlikely that either side will pay that kind of money for the talented Uruguayan international, so time will tell whether or not a compromise is reached on his valuation to allow him to move on for less if either United or Liverpool come knocking next year.

Given the attacking quality at Jurgen Klopp’s disposal, the Merseyside giants don’t appear to be in desperate need of reinforcements in that department as they boast a world-class frontline already and excellent depth options.

In contrast, Man Utd have managed just 13 goals in 11 Premier League games so far this season, and so perhaps Ole Gunnar Solskjaer could do with the boost that a player like Gomez could provide in the final third at Old Trafford. 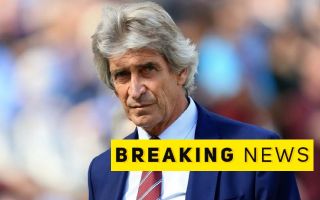