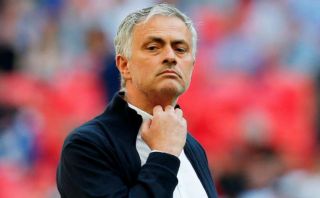 Arsenal are reportedly expected to step up efforts to hire former Manchester United and Chelsea boss Jose Mourinho if they lose to Leicester City.

The Portuguese tactician has been out of work for some time now and it’s a surprise a big club hasn’t yet snapped him up, even if things ended badly for him at Man Utd last year.

There is now growing talk of Mourinho taking over at Arsenal as Unai Emery struggles to make the desired impact at the club.

According to French source Le 10 Sport, as translated by the Daily Mirror, the Gunners could intensify efforts to swoop for Mourinho if they are beaten in their next Premier League game against Leicester City.

Jose Mourinho to return to the Premier League with Arsenal?

The north London giants look in need of a change after Emery’s struggles, but most Gooners would probably not be at all happy with a move for Mourinho.

Of course, it may be that AFC manage to beat this in-form Leicester side and delay efforts over bringing in a new manager, but it’s hard to see Emery lasting much longer.