It’s sometimes easy to think that a player returning to training means a possible return to first-team action is imminent.

In the case of Eric Bailly, he’s been out for a while so might need a period of time to build up his fitness and get himself in physical shape to play at the top level again. The Man United defence hasn’t been too bad this season, but improvements are still needed as the team has generally under-achieved so far.

It’s not to say that Bailly has proven himself to be a world class performer during his time in Manchester, but we haven’t seen him in action for a while and his style could lead to a potentially intriguing partnership with Harry Maguire.

He recently posted this on his Instagram which does suggest he’s starting to return to first team training: 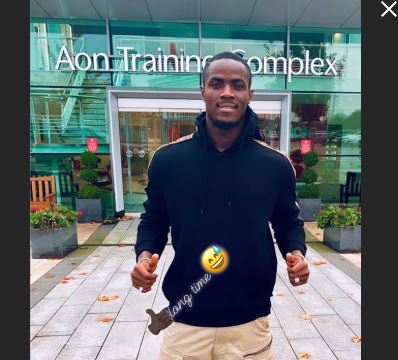 There’s no official word from the club over when Bailly is expected to return to first team action, but the picture certainly suggests he’s on the right track.

It’s interesting to see how he might fit in to Ole Gunnar Solskjaer’s system. Victor Lindelof has proven to be an able partner for Maguire but they haven’t shown signs of becoming a solid top-level pairing at this point.

Bailly is a bit reckless but is aggressive and has pace. Maguire is good enough on the ball to act as the centre-back to bring the ball out of defence, so Bailly could fit in quite well if he’s told to purely focus on defending and sweeping in behind Maguire to cut out any through-balls.

Hopefully he’s able to return soon so we can see if he makes a difference to this United team.