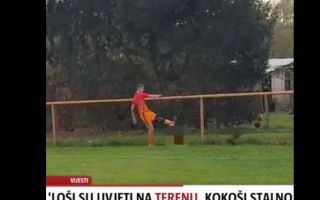 We do see the occasional animal escape onto the pitch every now and then, usually it seems to be an escaped cat or rodent of some sort. Poultry and football rarely mix.

Obviously the gold standard for this type of thing was the chicken released on the pitch at Ewood Park as supporters voiced their anger at the Venky regime. Watching stewards try to capture a chicken was surprisingly joyful. 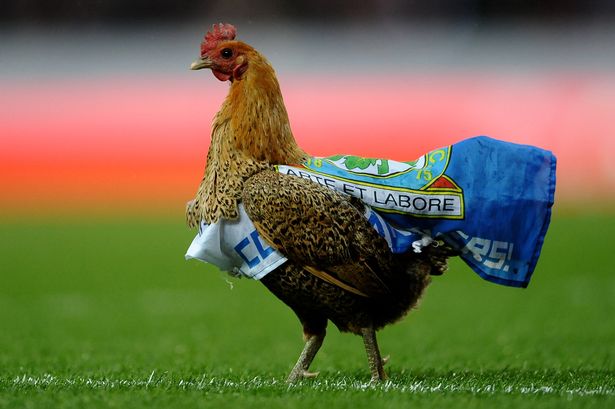 A recent match in Croatia has given us a new contender. Ultimately it is much more tragic given a player chased down and then kicked a chicken to death. The player was shown a straight red card but his comments afterwards were not something anybody expects to read during a football report:

It does sound like the offending player was upset, but it’s hard to tell. Speaking about the incident he said: “I have a dog, two cats, and I had a parrot, which recently, unfortunately, died, I did not intentionally kill this chick. I apologized to the owner by letter and sent her a new hen.”

The video and story were reported by 24Sata, where it does sound like the chickens often escape onto the pitch in fixtures at this place.

The player in question was Ivan Dazdek. His team won 8-1 but he will forever be known as the footballer who got sent off for kicking a chicken.