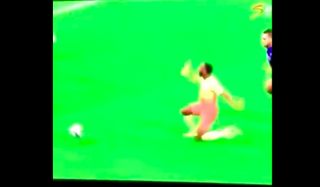 Liverpool fans are furious to see Raheem Sterling diving to win a penalty for Manchester City just days after their manager Pep Guardiola accused Reds star Sadio Mane of being a diver.

Check out the tweets below as angry LFC supporters vent at their former player on Twitter, with Sterling certainly seeming to go down very easily here…

Pep had the audacity to say that Mane dives, but sterling does this. Love to see how the English media will try to defend sterling by using his ‘experience’ pic.twitter.com/6SMX2kGz0y

Imagine if that was Mane…..

In fairness, Sterling probably actually has more of a reputation for diving throughout his career than Mane ever has.

This was probably an attempt at mind games from Guardiola, whose City side remain six points behind Liverpool in the Premier League table.

Still, it’s backfired here as Sterling really made a fool of himself and of his manager’s comments with this poor piece of playacting.

Pep Guardiola in his post-match interview: “I’d like to thank Sadio Mané for teaching Raheem Sterling how to behave when approaching the penalty area” ????? #ATAMCI