One journalist has claimed that this West Ham star has “played his last game in the Premier League” following his poor performance against Newcastle last week.

Football London’s Sam Inkersole has claimed that Pablo Zabaleta has played his “last game in the Premier League for West Ham” following his dismal display against Newcastle United last week.

The Hammers were defeated 3-2 by the Magpies last week but the scoreline doesn’t tell the full tale of the encounter.

Tricky Newcastle winger Allan Saint-Maximin tormented the right-back and it showed that perhaps the modern winger will be too hard to handle for Zabaleta. 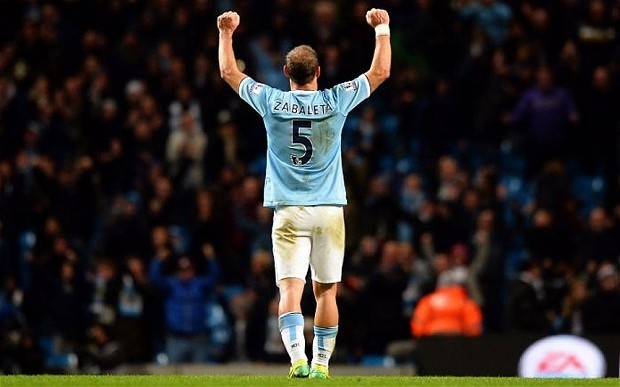 Here’s what Inkersole had to say on the Argentinean:

“Pablo Zabaleta was ran ragged by Allan Saint-Maximin and has probably played his last game in the Premier League barring an injury to Fredericks.”

It’s disappointing to see the 34-year-old being slammed for his performances, Zabaleta has enjoyed a successful career in England.

The defender won five major trophies during his time at Manchester City and he’s made 298 appearances in the top-flight. It would be a real shame to see recent performances hinder his chance to hit the 300 mark.

Manuel Pellegrini’s side have failed to win any of their last six games across all competitions and the side’s hopes of breaking into the league’s top six seem like a distant memory right now.

The Irons need to string together some solid performances in order to get themselves back into the top half of the table.