Real Madrid are said to be eyeing up a move for Chelsea forward Tammy Abraham following the forward’s fine start to the season at Stamford Bridge.

Abraham has been in a rich vein of form under Frank Lampard so far this term, something that seems to have attracted the interest of Spanish giants Real Madrid.

According to Don Balon, Los Blancos are eyeing up a move for the Englishman, whose current price tag sits at €70M (£60M) – a decent price for a player with Abraham’s potential.

Given that Karim Benzema is fast approaching the tail end of his career, combined with the fact that Luka Jovic has struggled to adapt to life in Spain, it’s no surprise to hear that Real are in the hunt for someone like Abraham.

So far this term, the former Aston Villa loanee has bagged a total of 10 goals and three assists in all competitions, with the majority of these coming in the Premier League, where he’s joint-top in the race for the Golden Boot. 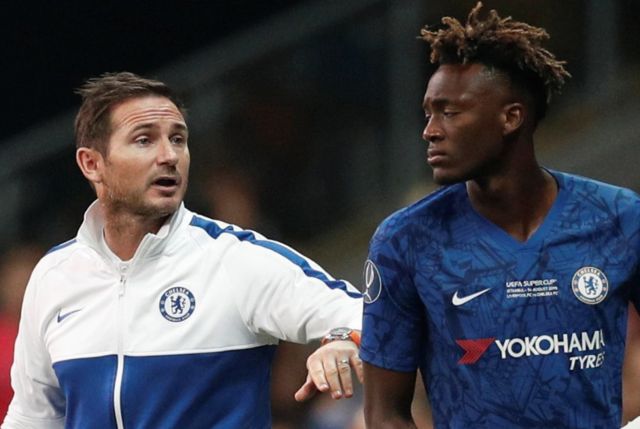 Abraham has excelled under Frank Lampard since the Blues legend was appointed as the club’s manager back in the summer, and it’s definitely going to be interesting to see whether the 22-year-old can keep this form up for the remainder of this season.

It’ll be interesting to see if Real end up making a move for Abraham in any of the upcoming transfer windows, a move we definitely think they should be going through with if Abraham’s displays so far this year are anything to go by.