Arsenal look set to bin off Granit Xhaka in the January transfer window following Unai Emery’s decision to take the Gunners captaincy off him.

According to BBC Sport, Emery confirmed earlier this week that Xhaka was no longer Arsenal captain, with Gabonese forward Pierre-Emerick Aubameyang taking over the reigns at Gunners skipper.

Following this, the Mirror note that Xhaka now feels that his career with the north London outfit is all but over, with the club now set to try and sell him in the winter window.

The Mirror’s report also notes that Xhaka is most likely to seal a return to the Bundesliga, where he’s still rated highly despite his poor form with the Gunners as of late.

Xhaka’s form with Arsenal so far this year has been nothing short of poor, and given how he’s been treated by the club’s fanbase this term, we assume most Gunners fans will be delighted to hear he’s set to be sold in January.

The Swiss international has struggled to maintain any kind of decent form this campaign, but despite this, Emery has seemingly been refusing to drop him, something that may have be down to the fact that he’s was the club’s captain. 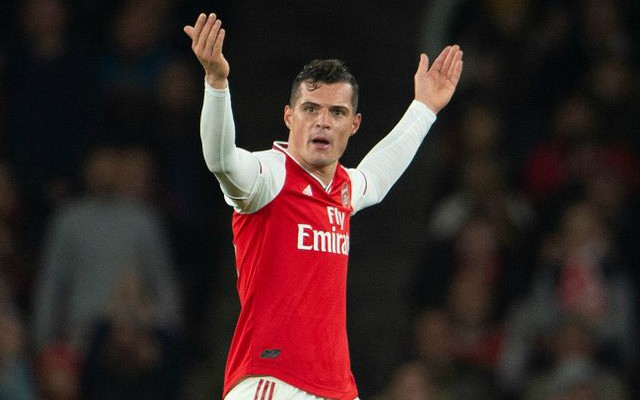 However, seeing as the Swiss ace is no longer Gunners skipper, it seems like Emery is going to be dropping him more and more, something he’s already started doing.

If Emery’s decisions here are anything to go off, it certainly does seem as if Xhaka’s days with the north London club are numbered…