Barcelona are said to be eyeing up a move for in-form Arsenal forward Pierre-Emerick Aubameyang, with the Spanish giants potentially set to make a move for the player in January.

The Gabon international has proven to be a brilliant signing for the Gunners ever since he arrived from Borussia Dortmund during the January transfer window in 2018.

During this time with the north London side, Aubameyang has bagged a ridiculously impressive 50 goals in just 78 appearances.

And it’s this form that has seemingly caught the eye of Ernesto Valverde’s Barcelona if recent reports are to be believed.

According to El Chiringuito, via the Mirror, Barcelona are eyeing up Aubameyang as a potential replacement for current first team star Luis Suarez, who himself is approaching the tail end of his career.

The Mirror also state that Barca could end up making a swoop for Aubameyang in the January window, a transfer Arsenal definitely won’t want to see happen if Aubameyang’s importance to their side is anything to go off. 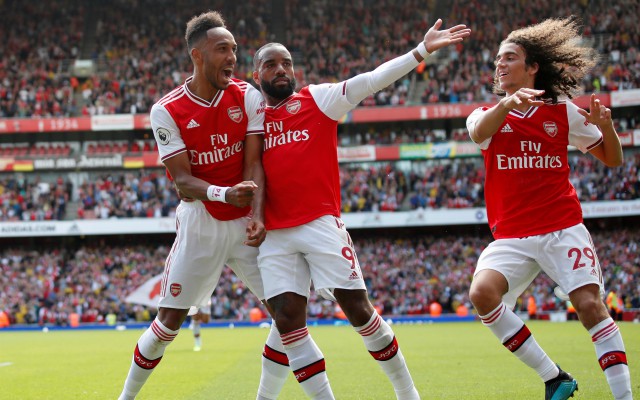 Barcelona are eyeing a potential January swoop for Aubameyang

Luis Suarez has clearly declined in recent years, and given that he’s now 32, it seems like it won’t be too long for Barca are forced to dip into the transfer market for a replacement.

And it seems like the man they want to bring in to fulfil this role is Arsenal man Aubameyang if thesecertain reports are anything to be believed.

Do you think Aubameyang would be a good fit for Barcelona? Let us know down below.