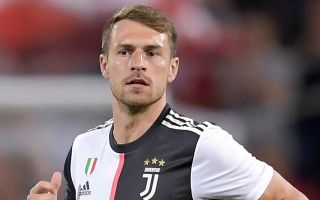 Arsene Wenger has insisted that Aaron Ramsey wanted to stay at Arsenal, but perhaps the influence of his agents persuaded him to look elsewhere this past summer.

In October last year, Ramsey went public and suggested that he was under the impression that he was set to agree on a new contract with Arsenal, only for the club to take the offer off the table, as reported by the Guardian.

It appears as though Wenger has now echoed that issue, while also placing blame on agents getting involved and having their influence on the players in trying to get them to consider alternative options.

The 28-year-old ultimately left on a free transfer this past summer when his contract expired to join Juventus, ending a spell with the Gunners which stretched over 10 years.

Speaking about troubles over Ramsey’s future at the Emirates, Wenger has insisted that the Welshman wanted to stay but ultimately things didn’t work out for one reason or another.

“In the end I met him once, he wanted to stay at Arsenal,” he told beIN Sports, as quoted by the Metro. “They had an agreement and the club came back on that, from what I understood.

“I tried a long time to extend his contract but sometimes you have influences of agents as well. Every case is different and you have to understand in decision makings always who is influential – or not – when you make transfers. What I know from him, he was keen to stay.”

It won’t be of much comfort for Arsenal fans as they perhaps would have wanted such an influential player to remain at the club and continue to lead their pursuit of trophies.

Instead, whether it was the club who pulled out of talks or his agent looking for another opportunity, Ramsey and Arsenal split ways over the summer as he now continues to try and make an impression at Juventus.

Things aren’t going particularly well for the Gunners without him as they continue to struggle to secure a top-four finish in the Premier League, while Ramsey’s start to life in Italy has been disrupted by injury as neither have enjoyed the greatest of seasons thus far.