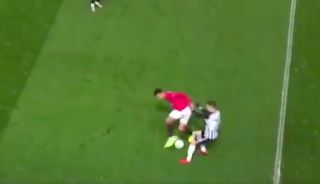 Manchester United wonderkid Mason Greenwood showed what a huge talent he is with this delightful piece of skill against Partizan Belgrade.

Watch the video clip below from BT Sport as the 18-year-old shows off his lovely feet with a great move to leave a Partizan defender for dead.

Greenwood also scored for Man Utd in their Europa League victory in what has to go down as another eye-catching performance from this exciting young forward.

The teenager has long looked a big prospect in the United academy, and he’s now increasingly doing the business in Ole Gunnar Solskjaer’s first-team as well.