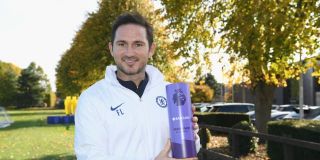 Ahead of Crystal Palace’s clash with Chelsea this Saturday, former England boss Roy Hodgson has praised his managerial counterpart Frank Lampard. Hodgson even suggested that the Blues legend could eventually manage the Three Lions at some point in his career

Lampard had a phenomenal stint playing for England, earning 106 caps, with many of those coming under Hodgson.

Speaking to the Daily Mail regarding Lampard and Gerrard’s prospects as future national team head coaches, Hodgson stated that the pair were “fantastic servants for England”.

He added: “Earning 100 caps – that is not a bad thing to have on your CV if you want to be an England manager.”

After a slight hiccup to the start of their season with a 4-0 away defeat to Manchester United, Chelsea have looked near perfect with a 100 per cent Premier League record in October, leading Lampard to pick up his first – but likely not his last – Premier League manager of the month award earlier today.

With the transfer ban put in place for Chelsea in the previous and upcoming windows many believed that the Blues would reluctantly play the many youth players they have at their disposal. However, due to the talents of both Lampard and his crop of emerging youngsters the future is looking very bright for all.