It doesn’t really matter who’s side you are on with this whole debacle, it’s pretty clear that it’s best for Granit Xhaka and his career if he leaves Arsenal and tries to establish himself somewhere else.

Obviously he hasn’t been in the best of form lately, but if some fans think it’s okay to boo and threaten someone because they aren’t playing very well on the football pitch, that suggests you don’t want to be associated with their club anyway.

Xhaka hasn’t played since he lost the plot when he was subbed and swore at the fans, but it sounds like that might not be Unai Emery’s choice.

It’s completely possible that Xhaka would’ve been left out of the team anyway, but the fact that Emery is keen to point out it was the player’s decision not to play does suggest he wouldn’t have left him out completely. 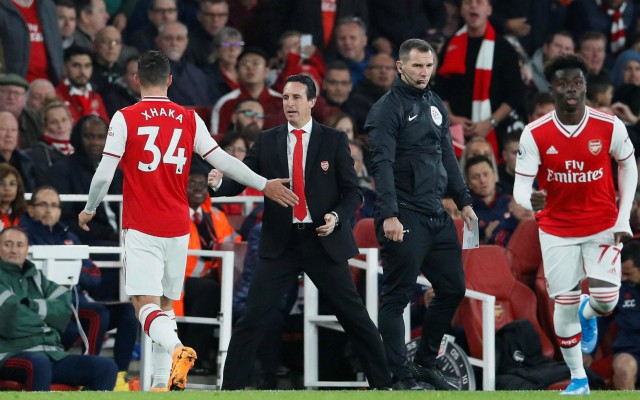 Xhaka blanks Emery as he leaves the field

It’s just impossible to see a future where the Arsenal fans and Xhaka are on good terms again, so it really would be best for him to get a move somewhere else.

It would be wonderful to see him move to another Premier League team only to haunt Arsenal at a later date. You can only imagine that the undeserving section of the support who abused Xhaka will have found a new target to pick on by that point.