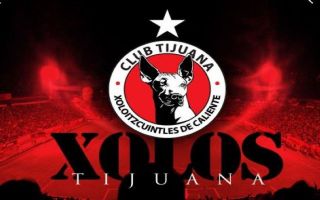 It is usually irritating when teams keep releasing new kits throughout the season, it’s usually an easy marketing ploy to get fans to buy as many different replica kits as possible.

This is probably still a bizarre marketing ploy, but at least it’s something a bit fun and a bit different. It’s not really clear why, but Mexican side Club Tijuana have launched a special Star Wars themed kit:

At least it’s way more inventive than most kits we see, it’s also likely to be a big hit with fans all round the world. Usually the extra kits tend to be the same but a slightly different colour, this should appeal to football and movie fans alike.

If you want to see what it looks like, it does sound like the team will be wearing the kit for their game tonight. It kicks off at 03:10 am, so you would need to be pretty dedicated to hunt down a stream to watch it at that time.