There’s been a bizarre amount of talk about Mussolini in the press in the past few weeks as Celtic and Lazio played their Europa League double header.

It all seemed to start when some Lazio fans marched through the streets of Glasgow doing fascist salutes. Celtic fans struck back with a banner about Lazio’s links to the former fascist leader, only for Mussolini’s granddaughter to get involved and start making threats towards the Celtic fans.

Celtic had the last laugh as they came from behind to score stoppage time winners in both games. Olivier Ntcham was the man to score a fantastic late dink last night which sealed the win and qualification to the next round for Neil Lennon’s men.

READ MORE: Video: Ntcham crushes Lazio in the final minute with a beautiful dinked finish to win the game

He went for a knee slide during the celebration only to mess it up and temporarily ended upside down as he tumbled over. According to a story in The Sun, the Spanish press have completely mistaken this for an attempt to mock the death of Mussolini.

According to the report, Spanish outlet Marca had said: “Ntcham tried to imitate Mussolini’s position hung upside down after being executed on April 8, 1945, with his lover Clara Petacci and other leaders of the Fascist Party of Italy.” 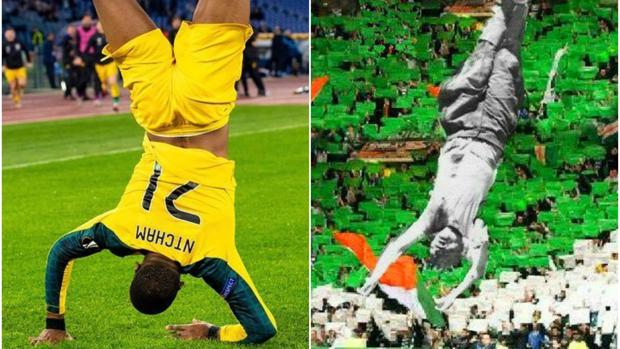 It was pretty clear that the Frenchman just got the celebration wrong and lost his balance, but this will probably help keep tensions high between the two clubs.

It’s also strange that it was Ntcham who was criticised for this. Celtic fans were told they couldn’t bring any Mussolini banners to this game, so some of the fans created a funny real life one instead – that can be seen here.

Ultimately nobody connected with Celtic will really care about this. They secured a famous victory in Rome against a great side, and now have European football after Christmas to look forward to.

Opinion: the four stars who could be sold by Celtic this summer as Neil Lennon looks to continue squad overhaul July 13, 2019 17:15
Celtic FC 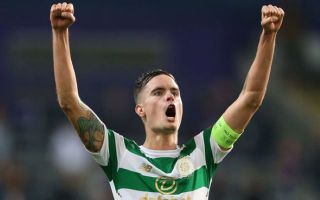 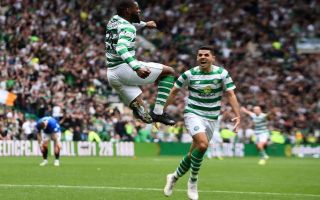