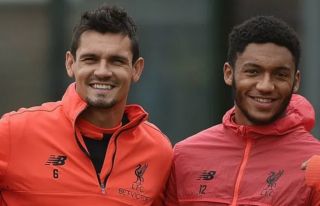 Liverpool manager Jurgen Klopp is reportedly not eager to let go of defender Dejan Lovren who was linked to AC Milan.

A report from Tuttosport (via Sky Sports) claimed that the Rossoneri would make a move for the Croatian international in January. However, Football Insider states that Klopp doesn’t want to let go of the 30-year-old because of his recent performances which has seen him start for Liverpool more often.

SEE MORE: ‘Worth having scare to spoil their day that little bit’ – Kompany on Man City’s dramatic final-day title battle with Liverpool

Lovren has started in the reds’ last few matches with Joel Matip and has done fairly decent in the heart of defence. The Croat might make more appearances for Liverpool as the season progresses and Klopp will be happy to see that he has plenty of good options in central defence.

Lovren’s addition would’ve helped AC Milan but the Merseyside club will certainly prefer to keep him at Anfield. After missing Liverpool’s match against Genk, the Croatian international should start in tomorrow’s fixture against Manchester City.