It’s no secret Nottingham Forest and Derby don’t like each other. Separated by just 17 miles geographically and four points in the league Saturday’s clash at the City Ground is set to be a fiery affair (KO 12:30).

How Can I Watch Nottingham Forest v Derby Live Streaming 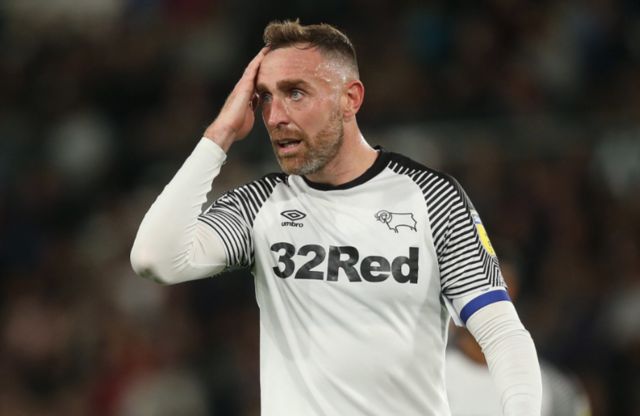 What Channel is the Derby Match on?

Where is the Forest v Derby Game being played?

Is Forest v Derby on Sky?

The match is being shown live on Sky Sports Football at 12:30.

Nottingham Forest, five points off top spot and with a game in hand on those above them, are flying under Sabri Lamouchi.

Up until two weeks ago they were unbeaten in the league since the opening day of the season, but shock back to back defeats against Wigan and Hull have stalled, but not derailed, the Reds’ promotion push. Forest got back to winning ways, though, at the weekend beating Luton 2-1 away from home.

Derby’s season so far has been consistently inconsistent. The Rams head to rivals Nottingham Forest having won two and lost two of their last four games.

Derby are yet to win back to back games in the Championship under Phillip Cocu, and having bagged all three points against Middlesbrough last weekend, then the form book says they’re likely to lose or draw, right?

Goals are expected to be few and far between on Saturday with each of the last five meetings between the two sides failing to see both teams to score. It’s 11/4 for Forest to win to nil and 5/1 for Derby to do the same, while 0-0 correct scoreline is 10/1.

Lewis Grabban is Nottingham Forest’s top scorer so far this season with six goals and he’s 9/2 to open the scoring. Derby’s main threat will be Tom Lawrence. The attacking midfielder scored twice against Boro last weekend and is 7/2 to score anytime against Forest.

Last season Forest beat Derby 1-0 at the City Ground and it’s 7/1 for a repeat scoreline.