There has been so many shameful incident involving racism this season but this might just be the worst of the lot, mainly for the reaction after the incident.

Mario Balotelli was racially abused by Verona fans as they played his Brescia team last weekend. He responded by kicking the ball into the stands and threatening to walk off.

This is pretty astonishing, but according to a report by The Mirror, the Brescia fans have branded Balotelli as being arrogant for trying to stand up to it and actually backed the Verona fans.

The report goes on to suggest that the Brescia ultras felt he should’ve given his place in the team to someone else if he wasn’t mentally ready to face the racist abuse that day.

It’s never been so clear that the culture of these “ultras” in Italy is purely an identity that has nothing to do with football. They use football as a cover, but these people just want to behave abhorrently and have no intention of stopping. That could be why they are ready to throw their own team and player under the bus in an attempt to try and protect the movement that they identify with. 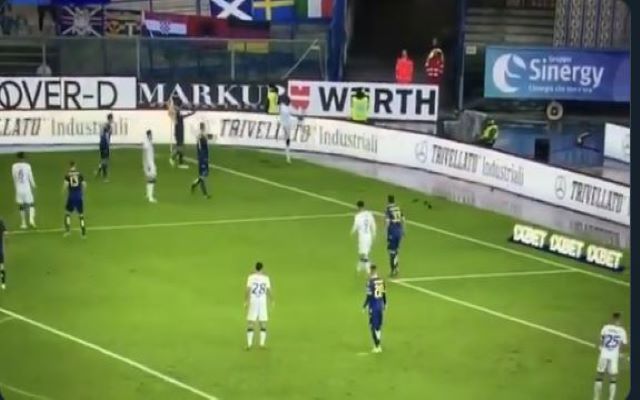 Balotelli kicks the ball into the Verona supporters

This shows you just how big the problem is for Italy to try and deal with. It’s not helped by important figures coming out and trying to deny these things happened, but it’s all just one giant attempt to pander to the ultra elements at each club.

It’s something that they might never be able to defeat, but it sure leaves a hideous ugly stain on their game.