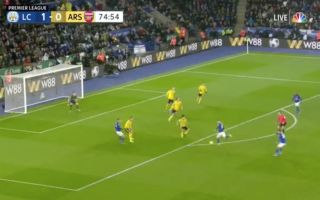 James Maddison was on hand to double Leicester’s lead against Arsenal this evening, as the Englishman scored a fabulous goal to give the Foxes a 2-0 lead over the Gunners.

Having just taken the lead through Jamie Vardy a few minutes earlier, Brendan Rodgers’ side bagged their second of the night thanks to a superb strike from Maddison.

After the ball found it’s way to Vardy, he laid it off to Maddison, who fired straight into the bottom corner past Bernd Leno to hand the home side a comfortable 2-0 lead.

Seems like no one can stop Leicester right now!

Pictures via NCB and BeIN Sports 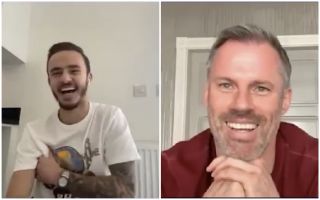