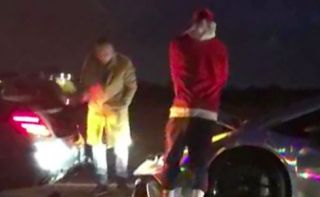 Arsenal striker Pierre-Emerick Aubameyang has been caught on camera after a car crash in his £270,000 silver Lamborghini.

The Gabon international has been carrying Arsenal with his performances on the pitch so far this season, but this was not a great moment from him off it. 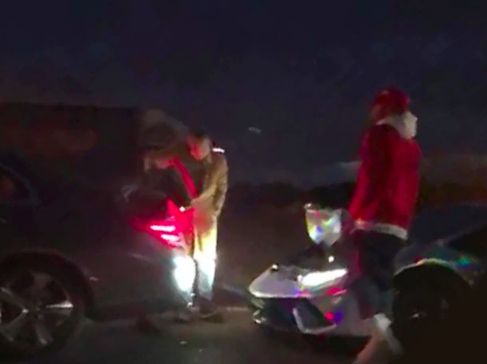 Aubameyang could be forgiven for feeling a little stressed and under pressure at the moment, but of course that’s no excuse for dangerous driving, if that is what’s happened here.

It’s not entirely clear from the Sun’s report how this accident happened, with witnesses quotes simply as saying it was rush hour and everyone in that area seemed to be moving a little too quickly.

Aubameyang’s car did not look in a good way afterwards, though the 30-year-old is known to have a collection of other fine vehicles.