There may have been some Arsenal fans who thought they might get some sort of silver lining after the defeat to Leicester if it meant Unai Emery lost his job.

Everything about this season has been a shambles for the manager. His choice of captain spectacularly backfired, he bombed Mesut Ozil out of the first team only for him to show some class in the Carabao Cup, he decided the best way to solve a weak defence was to sign David Luiz and they throw points away left, right and centre.

In isolation, there’s no great shame to losing an away game to Leicester. They’re playing very well and will probably outplay most teams this season. The real problem is it’s a culmination of poor performances which demonstrates he’s not the man to lead Arsenal into the top four.

Unfortunately, it looks like there aren’t any immediate plans to move him on:

at the moment, Emery is going to stay

It’s not clear if the Arsenal board are so hands off that they just don’t want to step in and make a decision or if they actually feel that Emery is the right man to lead them forward.

They have a relatively easy schedule coming up with games against Southampton, Norwich and Brighton, so it’s not impossible to see them picking up nine points from those fixtures. 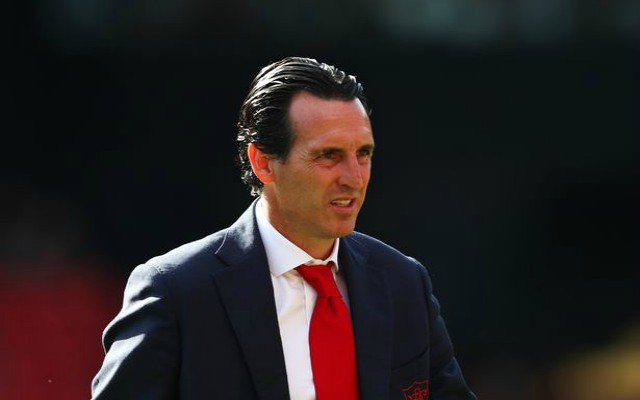 Everything he does seems to go wrong

The problem then comes with Emery being able to paper over the cracks and hide a lot of his deficiencies. Most managers can get a good set of results against poor teams, but he’s shown no ability to do anything in the bigger games. This could just start the entire cycle again where it needs another bad run to finally convince the board to sack him.

It just doesn’t look like there will be any good news for Arsenal fans for a few weeks at least.