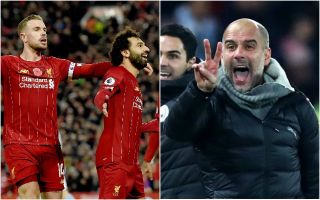 Liverpool have handed Pep Guardiola his worst ever start to a season in his managerial career after Sunday’s 3-1 win over Manchester City at Anfield.

The reigning champions continued their poor record away to Liverpool, and now find themselves nine points behind them in the Premier League table.

This is some feat by the Reds, but they’ve no doubt been helped by the fact that City seem to have dropped a level this season.

That’s illustrated by the fact that, according to Goal, City’s tally of 25 points is Guardiola’s lowest ever after 12 games of a league campaign.

It remains to be seen if this means the Spanish tactician can guide his team out of this and catch up with Jurgen Klopp’s in-form side, but you wouldn’t bet on it right now.

MCFC have already lost three times, having also been beaten by Norwich City and Wolves in earlier fixtures, and they’ve conceded 13 goals.

This looks like a side missing the influence of former club captain Vincent Kompany at the back after his exit in the summer, while Aymeric Laporte has also been a real loss through injury.

Guardiola had to line up with Fernandinho and John Stones as his two centre-backs at Anfield, which is hardly ideal when up against a front three of the quality of Mohamed Salah, Sadio Mane and Roberto Firmino.

These are hard times for the former Barcelona and Bayern Munich boss – officially harder than he’s ever known previously, according to Goal’s stats.