Liverpool have dealt Man City an absolute battering at Anfield today, as the Reds look to take a huge eight-point lead at the top of the Premier League table.

Klopp’s side, at the time of writing, are 3-1 up against the Citizens thanks to goals from Mane, Fabinho and Salah, and they don’t look like slowing down any time soon.

Liverpool took a 2-0 lead against City before the 15 minute-mark, with Salah and Fabinho both converting their chances in order to hand the home side an early, comfortable lead.

The Reds managed to maintain this lead up until half time, something that means they’ve become the first team since Leicester back in December 2016 to have a lead of at least two goals over City in the PL at half time, as discovered by our writers here at Caught Offside.

Other teams have scored two in the first half against City in the PL since then, namely Norwich, Crystal Palace and Chelsea, however Guardiola’s men have at least scored in the first half, meaning that they went into the break in all those games losing by just one goal. 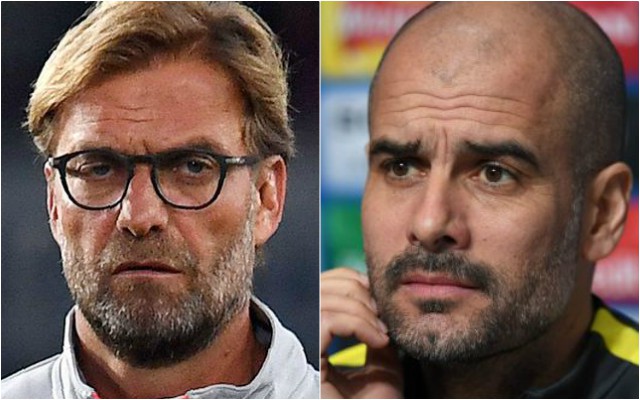 Given today’s result, should it stay the same, Liverpool will have an eight-point lead over last year’s champions City, something that’ll surely fill them with confidence as they charge towards their first ever Premier League title.