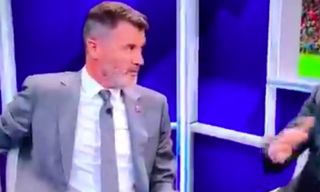 Manchester United legend Roy Keane has admitted that the Red Devils sides he played in never came up against a team as good as Jurgen Klopp’s Liverpool.

Keane played for Man Utd when they were hugely dominant under Sir Alex Ferguson, but watch the video clip below as he slips in his belief that they never had title rivals quite like this Liverpool side.

The Reds have been a joy to watch for the last couple of years, with Klopp delivering the Champions League title last season, whilst also finishing a very close second to Manchester City in the Premier League.

LFC also finished the campaign on 97 points – a tally that would be enough to see the club finish as champions in most seasons, while they now look the early favourites for the trophy this term.

Keane may have a point, and Liverpool fans will love to hear it from someone with a strong connection to their bitter rivals United.