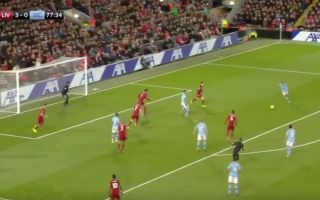 Bernardo Silva scored a fine consolation goal for Man City today, as Guardiola’s side look to mount a seemingly impossible comeback against the Reds.

With his side 3-0 down, Silva found the net with around 15 minutes to go after a cross from Angelino found the Portuguese international, who fired home at the near post.

Game on at Anfield!

City will need to score twice in quick succession from here on out if they’re to come away from Anfield with a result today, something that looks unlikely given how good the Merseyside outfit have been at home this year.