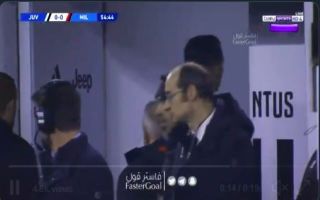 It seems fairly clear that Cristiano Ronaldo is one of the few players in the world who you wouldn’t want to sub off. He’s shown countless times he can conjure something from nothing and decide a game.

The problem tonight for Juventus was he was truly awful. Most of his passes went out of play, he was shinning the ball out for goal kicks and the fans were starting to jeer him.

In the end he was hooked on the 54th minute for Paulo Dybala. There was no suggestion that he was injured as he stormed straight down the tunnel:

Looooool no way Cristiano Ronaldo subbed off and booed by Juve fans? Dont kill me ??pic.twitter.com/ifdt1xcGAG

It’s hard to make out if he was actually being booed but this will inevitably turn into some sort of saga with him feeling disrespected and wanting to leave.

AC Milan have played well tonight as Juventus continue to struggle to find a goal.