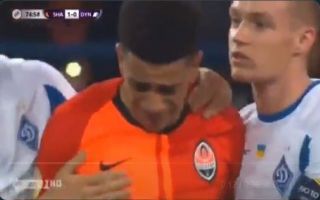 It’s another week with an absolute gut wrenching example of a player trying to stand up to racism but ultimately being punished.

These scenes came from Shakhtar vs Dynamo Kyiv in Ukraine. It’s honestly an awful situation all round, it’s dreadful that Taison gets a red card but the rules are set up in a way that the ref didn’t have a choice.

He was on the receiving end of some racist abuse from the Dynamo fans when he snapped, kicked the ball at the fans, gave them the finger and just broke down in tears:

Shakhtar Donetsk’s Brazilian midfielder Taison was sent off in a Ukrainian league match against visitors Dynamo Kiev on Sunday for reacting to racist insults from the crowd.
– There’s been a rise in far right activity across Europe; but some how people think football is immune… pic.twitter.com/XSA2TBntYu

The biggest problem is what do we actually expect the players to do at this point? There’s zero examples of the authorities standing up to the racists, dishing out suitable punishments and protecting their players.

You can say he needs to keep it together but nobody can blame him for acting like this. His tears are truly heartbreaking and just the latest example of the problem getting worse.

Perhaps if someone threw a load of money at Fifa like Qatar did for the World Cup then the problem might get fixed, but don’t hold your breath. 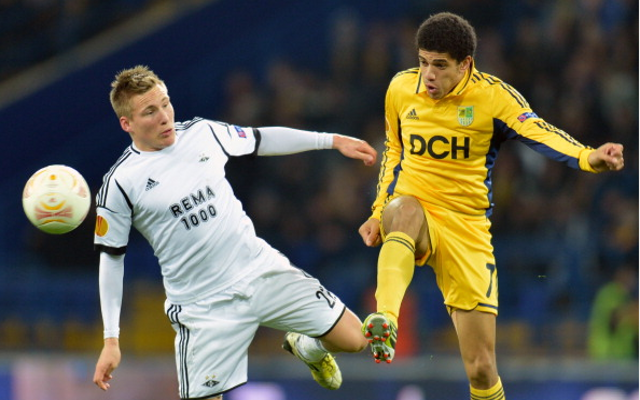