In an interview with Swiss newspaper Blick, Granit Xhaka has slammed Arsenal fans for creating a “bad atmosphere” for players with their criticism of some performances.

The 27-year-old adds that this kind of behaviour from some fans “weakens the team’s spirit”. The Gunners have been disappointing recently, the side are winless in their last four league games.

It’s surprising to see that Xhaka has criticised the club’s supporters given his recent actions. His stock with fans could be about to hit an all-time low.

Mirror Football report that the disgraced Arsenal captain told supporters to “f*** off” as he was being substituted in the side’s recent draw with Crystal Palace. 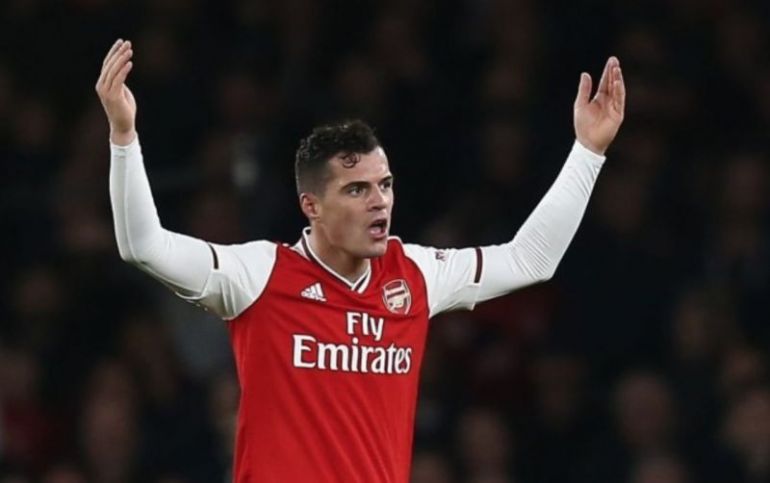 Do you think Xhaka will be given a chance in the Arsenal team again after his recent antics?

Here’s what the Switzerland captain had to say on some of the team’s supporters that attack their own players:

“But at a time you are already experiencing a lot of hostility and your own football family insults you, it hurts a lot.”

“I don’t mean to say that I can’t take criticism. If the team and I don’t play well, we have to listen and work on it.”

“But insulting and swearing at your own captain will cause upset and a bad atmosphere for the team you are actually supposed to be supporting. That makes no sense to me and weakens the team’s spirit.”

Xhaka is yet to return to action for the north London club since his shocking outburst. Given his latest comments it may be wise for Unai Emery to avoid playing the ace for some time.

Arsenal fans would be less likely to question the midfielder’s involvement if he’s brought back once the busy December period starts – perhaps it’s best to leave Xhaka out until then.

The side’s disappointing form over the last two months has seriously thrown into doubt the side’s chances of competing for a top four place this season.

It looks as though Chelsea and Leicester will finish in the Champions League spots alongside title challengers Liverpool and Manchester City.