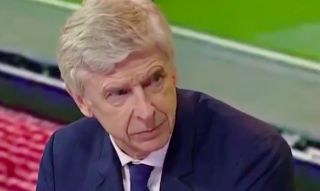 Former Arsenal manager Arsene Wenger has confirmed he was approached over taking over at Bayern Munich.

However, speaking to beIN Sports in the video clip below, the Frenchman says that move is now off the cards for him.

Arsene Wenger confirms he was approached by Bayern Munich, but is no longer in the running to replace Niko Kovac. pic.twitter.com/dI5OlKD2hv

Amusingly, his phone rings later in the interview, just as he admits he still has plans to get back into management.

Wenger has been out of work since leaving Arsenal at the end of the 2017/18 season, but could surely still land himself a role at a big club after recent links with the likes of Real Madrid and Paris Saint-Germain, as well as Bayern.