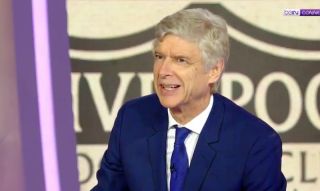 Liverpool fans are loving former Arsenal manager Arsene Wenger this morning after his gushing quotes about their iconic stadium Anfield.

Watch the video below as the Frenchman explains just how special the Reds’ home ground is, with its famed atmosphere often proving intimidating for even the biggest opponents.

Liverpool beat Manchester City 3-1 yesterday to gain a huge advantage in the Premier League title race, while they also thrashed Barcelona 4-0 there earlier this year.

Wenger is in no doubt that the Anfield atmosphere plays a key role in LFC’s success as he makes it clear it’s a far more proper football ground than some of the new ones build today.

"That is a stadium with soul"
~Arsene Wenger on Anfield

Wenger always loved Anfield and is a gentleman of highest order. https://t.co/CBJsFLBEha

Mr. Wenger have a thing for Anfield ? https://t.co/XDfrQLcumG