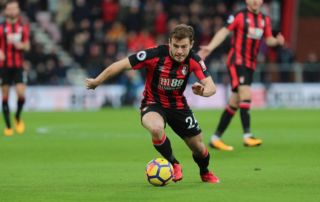 As we get closer to January it’s time for the stories to start about who may be on the move. Liverpool are going brilliantly right now so you have to think that Jurgen Klopp won’t want to upset the balance of his squad too much.

They do have a lot of competitions to play in, so the squad should get tested as time goes on. There’s no need to make any big name signings that would disrupt the team, but it does make sense to add some depth to the squad.

It did look like Ryan Fraser might be on the verge of making the move to Anfield in January. Talksport reported earlier that Liverpool were in advanced talks to sign the Scottish international in a move that could involve Harry Wilson making his loan move to Bournemouth permanent.

Just before anyone get’s too carried away with wondering what kind of role Fraser might play at Liverpool, a writer for The Athletic has taken to Twitter to play down any potential transfer:

I’ve been told that it’s not true.

There’s still plenty of time for things to change between now and January, but it doesn’t appear any deal has been agreed at this point.

One team who will be desperate to see some sort of transfer go through in January will be Aberdeen. They sold Fraser to Bournemouth at a young age, and it’s thought that they might have included a sell on clause in that deal.