The Reds took an early lead through the Brazilian midfielder and went on to win 3-1 in a hugely important result at Anfield.

However, the win was not without its controversy, with Fabinho’s strike coming just moments after Liverpool could well have conceded a penalty.

It looked a lot like Trent Alexander-Arnold handled the ball in his penalty area, though the game played on and LFC scored with an immediate attack up the other end of the pitch.

Van Dijk has perhaps hinted he expected that VAR could rule out Fabinho’s goal, so he didn’t immediately celebrate his team-mate’s thunderous strike that put the Reds ahead. 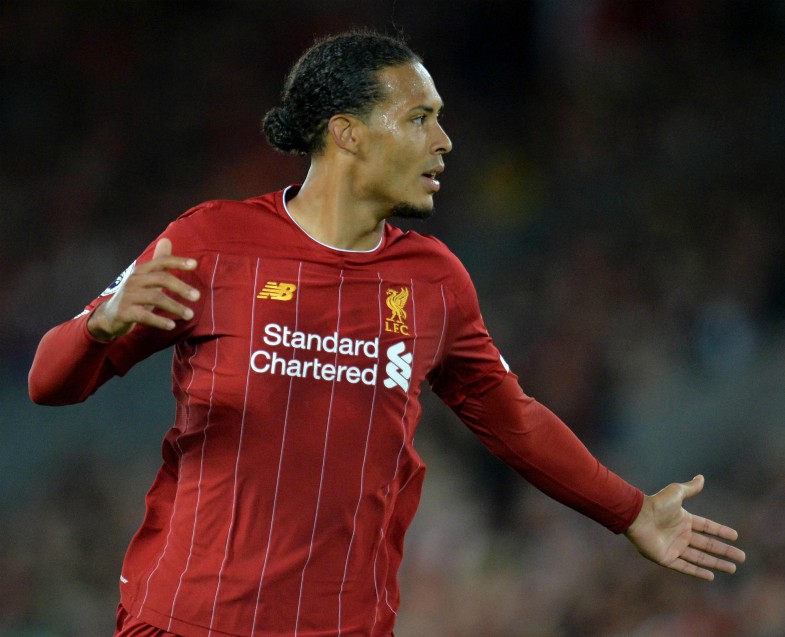 “Every goal you know now you have to wait anyway, so I wasn’t even celebrating I think,” Van Dijk told Sky Sports, as quoted by the Metro.

“But in the end the VAR gives it so you have to just keep carrying on, you can’t change it anymore.

“I think I saw Bernardo Silva hitting it first [with his hand] and maybe Trent hit it as well.

“What can I say? I can say a lot of things, but if the VAR gives it then you have to accept it.”

Liverpool are now nine points ahead of reigning champions City after this big win, and it’s hard to imagine Jurgen Klopp’s European champions surrendering such a commanding lead given their remarkable consistency over the last 18 months.