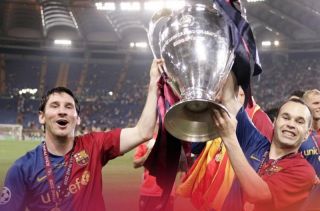 The list of accolades that Lionel Messi has achieved at Barcelona are endless, with the Argentinian giving his blood, sweat, and tears for the Catalan side.

His greatest contribution may have come in 2009, when his game-winning goal against Manchester United in the Champions League final inspired then club president Joan Laporta to set up an initiative that has seen lifetime salaries granted to many players, among them Neymar.

And Laporta’s scheme has has seen the stars that contributed that those famous victories rewarded with ongoing payments. Even champions who have since retired, like Carles Puyol, Xavi, and Eric Abidal, are still officially on Barca’s books as a result.

Neymar left Barcelona under a cloud in 2017 when he activated his release clause to force through a move to PSG. But despite his acrimonious exit, it is understood that Barca will still reward him in some part for helping them conquer Europe in the 2014-15 season.

Former Barcelona player Juan Carlos Heredia, who won the Cup Winners’ Cup in 1979 alongside the iconic Johan Cruyff, has spoken about Laporta’s scheme.

“When Barcelona won the Champions League final in Rome against Manchester United with a goal from Messi, the club president declared that all those who were European champions with Barcelona were going to receive a salary for life. And he fulfilled it,” Heredia told The Tactical Room.

After seeing their greatest rivals Real Madrid win three straight Champions Leagues from 2016 to 2018, Barcelona’s desire for Europe’s top prize must be stronger than ever. This extra financial incentive would surely just be the icing on the cake for their less decorated players, like Antoine Griezmann.