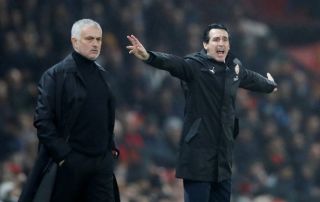 Arsenal are reportedly wary of parting ways with struggling manager Unai Emery due to a fear of becoming like Manchester United.

It’s fair to say the Red Devils have not responded well to the retirement of the legendary Sir Alex Ferguson back in 2013, going through a number of different managers since then and making some blunders in the transfer market.

MORE: Revealed: Unai Emery given deadline to turn things around at Arsenal

According to The Athletic, Arsenal are hesitant to go down the route Man Utd have of frequently chopping and changing in the dugout, which should mean Emery has a bit more time to try to turn things around at the Emirates Stadium.

The Spanish tactician has not looked good enough for a club of Arsenal’s ambitions since replacing the legendary Arsene Wenger in 2018, but the Gunners stuck with the Frenchman through a long period of under-achievement too.

It remains to be seen if Arsenal are approaching this correctly, with United seeming to suffer from appointing the wrong managers, rather than too many different ones.

It also looks like Emery is clearly not the right man for Arsenal after so many below-par performances for so long, and the club surely cannot afford to stick with him for much longer.

Many would argue they stuck with Wenger for too long as well, missing out on some other big names down the years who could perhaps have lifted the team out of its current crisis earlier.

If they stick with Emery they seriously risk another season out of the Champions League, which will surely make it harder to keep star players and attract the new signings they’d need to stay competitive.