Barcelona have no plans to dismiss head coach Ernesto Valverde at the moment, despite an inconsistent start to the 2019-20 season.

The Spanish champions sit top of La Liga on goal difference ahead of Real Madrid after 12 fixtures, but they have already suffered three defeats and owe much to the individual brilliance of Lionel Messi for their current position.

In the Champions League, Barca have been just as unconvincing, with a 0-0 draw at home to Slavia Prague in their last European outing heaping more pressure on under-fire boss Valverde.

Some fans and experts have suggested that the Spaniard is not the right man to help Barca reclaim the European Cup, with calls for a change in the dugout seemingly growing with each passing game.

However, according to the Evening Standard, Barcelona’s final stance on Valverde’s future at Camp Nou has now been revealed amid persistent sack rumours.

The report states that the 55-year-old’s services will be retained for the time being, with club president Josep Maria Bartomeu still certain the current manager can take the team forward. 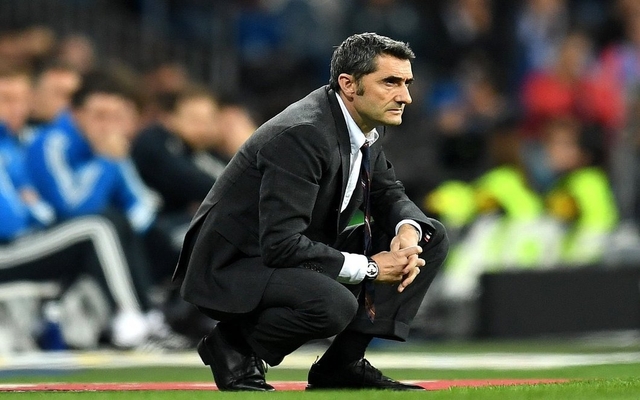 Valverde’s position at Barca has been questioned in recent weeks

As per ES, Bartomeu reiterated his opinion on Valverde during a recent interview with AP, stating: “We think that Valverde is the ideal coach to lead this blending of a generation of players of a certain age who have been so successful with that of up-and-coming players.

“It is important to create this bond, this union, to make a new team and this new group that will carry Barca forward. And Valverde has this ability.”

Barcelona stormed to a 4-1 victory over Celta Vigo at home on Saturday, with a Lionel Messi set-piece hat-trick and a late Sergio Busquets effort securing the three points for Valverde’s side.

That result eased some pressure on the Blaugrana boss ahead of the international break, with a trip to Leganes up next on November 23.