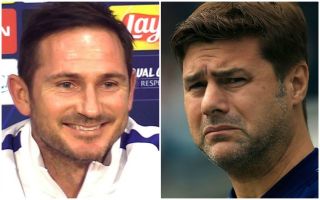 Chelsea have hilariously trolled Tottenham over their struggles this season with an amusing doctored Premier League table from their official Twitter feed.

The Blues are known for being a bit sassy on their various social media accounts, and that seems to be their motivation here as they post an update on their progress under Frank Lampard.

Chelsea made a slow start to the 2019/20 campaign but have improved a lot recently to climb to third in the table, behind Leicester City on goal difference.

However, if you look at their version of the table below, you’ll notice it only goes down to 14th place – where their rivals Tottenham currently sit after their awful start…

? A look at the top 14 after 12 @PremierLeague games! pic.twitter.com/qzrp8IAltZ

Why not post the full table? Or just the top ten? It seems pretty clear why.

Top trolling as ever from Chelsea!