Paul Merson has stunningly claimed that Man City goalkeeper Ederson is one of the best goalkeepers of all time following Claudio Bravo’s performance against Liverpool on Sunday.

City stumbled to a 3-1 defeat against the Reds last weekend, as they fell even further behind in the title race at Anfield.

Guardiola’s side lost the game due to their inability to prevent Liverpool from creating, and taking, chances, with Chilean shot-stopper Bravo coming under heavy scrutiny following his display in the match.

It’s easy to say that the former Barcelona man could’ve prevented Liverpool’s first and third goals from going in had he been a bit more alert.

And because this, Sky Sports pundit Paul Merson has come out and heaped praise on City’s usual number 1 Ederson, with the former Arsenal man even making a truly outlandish claim simultaneously.

As per Sky Sports, when speaking about the Brazilian, Merson noted “Ederson is in a different league (to Claudio Bravo). He is one of the best keepers in the world, you would go as far as saying he is in the top 10 goalies of all time.” 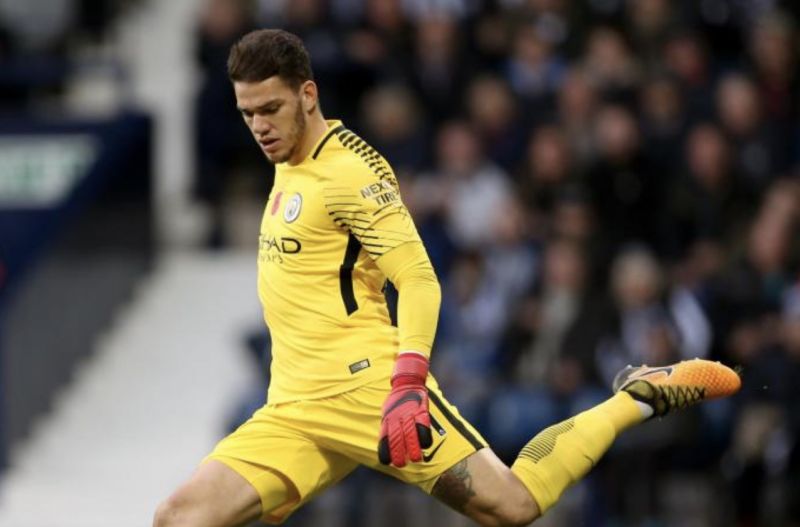 Now, Ederson has shown during his time at the Etihad that he is, in fact, one of the best goalkeepers on the planet, however to call him one of the best 10 ‘keepers of all time is a bit much.

Shot-stoppers such as Schmeichel, Casillas, Buffon, Yashin, Cech and Valdes are all great shouts to be included on the list, mainly for the fact that they were able to play at the top of their games for a number of years consecutively, something Ederson just hasn’t done yet.

The Brazilian has only been at the club since the summer of 2017, and he’s certainly going to have to keep putting in high levels of performances over the next few years to be even be considered in the conversation for best GK of all time.