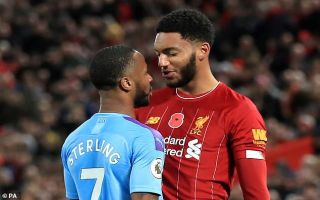 Liverpool defender Joe Gomez sustained a scratch to the eye after clashing with Manchester City winger Raheem Sterling while away on international duty.

As per BBC Sport, Sterling has been dropped from Gareth Southgate’s England squad for the Euro 2020 qualifier against Montenegro on Thursday after an incident involving Gomez.

According to the Daily Mail, Sterling tried to grab Gomez by the throat following his arrival in the players’ canteen at St George’s Park at the start of the week.

The two men also clashed on the pitch during Liverpool’s 3-1 win over City in the Premier League on Sunday, with emotions clearly still running high when they came face to face again on England duty. 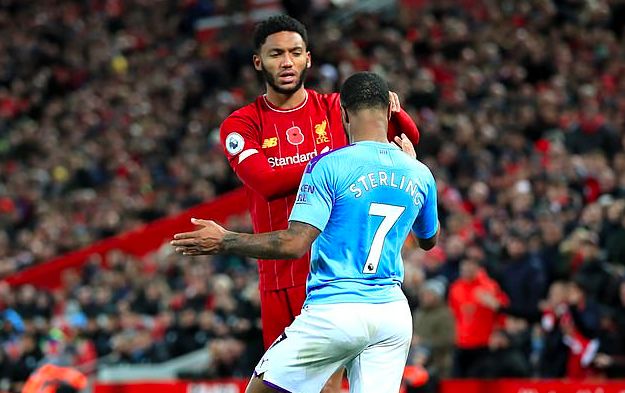 According to a report in the Times, Gomez suffered an eye injury after the latest altercation with Sterling, but the pair trained together on Tuesday morning.

As per BBC Sport, Sterling posted a message offering an explanation for his actions to his followers on Instagram yesterday, which read: “Both Joe and I have had words and figured things out and moved on.

“We are in a sport where emotions run high and I am man enough to admit when emotions got the better of me.

“This is why we play this sport because of our love for it – me and Joe Gomez are good, we both understand it was a five to 10-second thing… it’s done, we move forward and not make this bigger than it is.”

England can book their place at next summer’s European Championships with a win or a draw against Montenegro, before wrapping up their qualifying campaign away at Kosovo on Sunday.

Still, this is far from ideal preparation for the Three Lions, with fans of the national side hoping club rivalries don’t continue to prove a problem, as they seemed to do in the past.